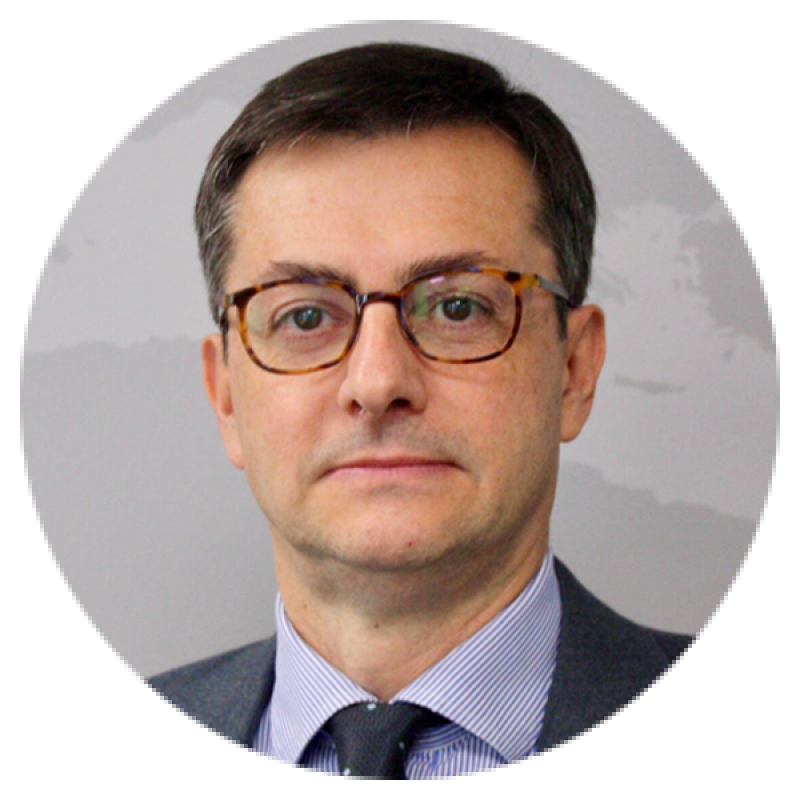 A passionate public health policy advocate and a corporate executive, with a legal background and with three decades of international experience in global healthcare companies and trade associations, Eduardo Pisani has contributed to advancing public policy discussions from a close vantage point.

He started his career at Laboratoires Lederle in Paris, and then moved to Brussels with Adamson Associates, a public affairs firm in 1990. After being a corporate counsel at Immuno and Baxter (in the period 1994-2001), he joined Bristol-Myers Squibb in 2001, where he reached the position of Vice-President, International Policy and Government Affairs. In 2010 (until January 2017), he took the role as IFPMA Director General in Geneva, to lead the dialogue between research-based pharmaceutical companies and associations with the United Nations' specialized agencies (such as the WHO), and other international organizations. In 2017-2019, he worked for MSD and UCB in policy and external engagement roles.

Eduardo has served on the Board of organizations like the American Chamber of Commerce to the EU, the Pharmaceutical Security Institute, the PAHO Foundation, and chaired working groups and committees of trade and public policy groups. He is author of articles concerning legal and health policy issues, published in international reviews, and was the co-editor of publication on the “Globalisation of the Pharmaceutical Industry”, Pharmaceuticals Policy and Law (IOS Press, Amsterdam 2016).

Eduardo holds a Law Degree (J.D.) from the University of Catania, Italy. He is admitted to the Italian Bar. Further studies in management and business administration were completed at Vlerick, Belgium, and elsewhere in Europe. He is married and has two children.