From The Good News Corner: The Pandemic Seems To Have Spared Africa So Far. Scientists Wonder Why 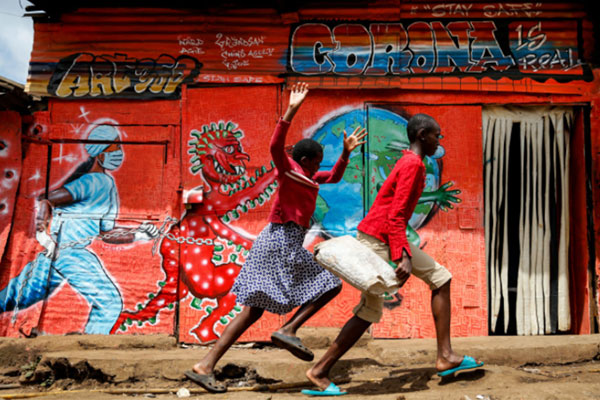 When it comes to the coronavirus, Africa is a bit of a mystery. In a good way, reports Linda Nordling in Science magazine published by the prestigious American Association for the Advancement of Science.

True, Africa passed the grim million-case milestone in July, but in relation to its population, the region is doing fairly well so far, with fewer than one confirmed case per every thousand people and fewer than 30,000 deaths so far—in other words, fewer than in Spain or France, whose populations are about a twentieth of Africa’s 1.3B inhabitants

Across the region (46 countries reporting), new cases have continued decreasing over the last six weeks. For example, WHO reported a 21% week-over-week decrease in cases at the end of August and a 13% drop in deaths.

Yet—here’s the intriguing part—several antibody surveys around the continent suggest that far more Africans have been infected than have become sick.

This massive discrepancy is puzzling scientists. “We do not have an answer,” says immunologist Sophie Uyoga at the KEMRI (Kenya Medical Research Institute)–Wellcome Trust Research Programme.

After testing more than 3000 blood donors, Dr. Uyoga and colleagues estimate that five percent of Kenyans aged 15 to 64—or 1.6 million people—have antibodies to SARS-CoV-2, an indication of past infection. That’s one in 20!

Other antibody studies in Africa have yielded similarly surprising findings. From a survey of 500 asymptomatic health care workers in Malawi’s capital Blantyre, immunologist Kondwani Jambo and colleagues concluded that up to 12.3% of them had been exposed to the coronavirus. But the reported number of deaths in Blantyre at the time, 17, was eight times lower than would be expected base on case fatality ratios elsewhere.

Similarly, 3% to 10% of people tested in northeastern Mozambique had COVID-19 antibodies. But confirmed infections are at least ten times lower and as of September 3, Mozambique had confirmed just 25 deaths. Across the continent in Cameroon, a similar situation seems to prevail.
Even if African countries have lower testing rates than Europe, one would expect a rise in overall deaths compared to past years, which Kenya has not seen.

One possible explanation is the relative youth of African populations, especially in urban areas.

A second hypothesis is that Africans have had more exposure to other coronaviruses that cause little more than colds in humans, which may provide some defense against COVID-19. Another possibility is that regular exposure to malaria or other infectious diseases could prime the immune system to fight new pathogens, the virus that causes COVID-19.

Tech Care for All will continue to follow the latest developments in this medical mystery. Watch this space for more clues!